Melamine Plates – Pros and Cons. Danger or Not? Read Now

Considering that people don’t usually stop to consider what their dishware is made out of, the question what is melamine plates is not an entirely uncommon one. Melatline plates are plates like any others, except they are much more durable, and they are made out of a special material called melamine resin. Melamine resin itself is used in all sorts of products, such as floor tiles, and furniture. 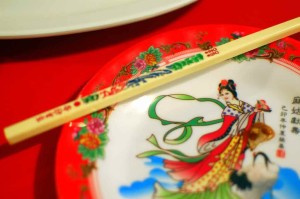 It is also added to other products to help make them flame retardant. The Federal Food and Drug Administration monitors the usage and amount of melatline in dishes, and other melamine dishware for certain safety concerns. These dishes come in a wide variety of colors and patterns to match any décor, and they have been around ever since the 1940s.

Can I Microwave Melamine Plates? 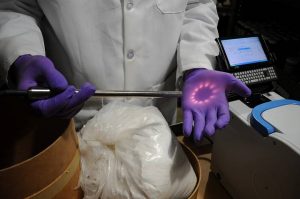 Because of health concerns about the chemicals present in and used during the manufacture of the melamine resin used to make dishes, the FDA does not recommend microwaving melamine dishes. Exposure to high heat for extended periods of time increases the chances that melatline chemicals will leach into food. Acidic foods, such as spaghetti sauce, also should not be heated for long periods of time. This could cause one to wonder,

“Is melamine dishes safe to use then?” The answer is neither yes, nor no.

This product are approved for use in the U.S. by the Federal Food and Drug Administration, but only with if some key precautionary measures are taken to minimize how many chemicals leach from the dishes into food.

Some seepage of chemicals will still occur if these precautions are followed, and the amount of chemical leaching varies by brand of melatline dish. However, the FDA still has not officially recognized a full on health hazard from melatline dishware.

Is Melamine Plates Safe for Kids? 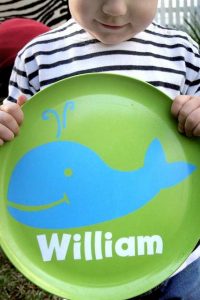 They are commonly used for children’s dishes because they are lightweight, and virtually unbreakable. They also come in a variety of colors, patterns, and styles that make it easier to not only coerce a picky eater into coming to the table, but that also keep food separated for those kids who hate when their food touches.

However, even though these dishes are legal, and are not considered dangerous when used as directed, some parents are concerned about if is this safe for kids plates.

While all of the information in the above paragraph still holds true, not all countries believe that is melatline dishes safe to use. In the United Arab Emirates (UAE), one municipality has made melatline dishware illegal. The Director of Municipality’s Dubai Central Laboratory, Salah Amiri, has banned both the import and sale of such plates, and urged others to do the same. One municipality in one far off country may not be enough to get all parents to rid their homes of the durable dishes, but it is one fact to take into consideration when deciding is melatline safe for kids plates.

Can Melamine Plates Go In the Dishwasher?

This  question is another one that does not have an entirely clear answer. Dishwashers use very hot water, which some people who tend to err on the side of caution say is a reason that melatline dishes and dishware should not be exposed to dishwashers due to the risk of the material breaking down.

However, a quick search on Google for “dishwasher safe melatline” will bring up countless results of vendors selling melatline dishes that do, in fact, claim to be dishwasher safe. Many of these are plates that were manufactured in recent years.

One thing to remember, though, when putting melatline dishes into the dishwasher is that they should never come into direct contact with the heating element of the dishwasher, which does the drying.

You misspelled melamine every time in the article. You got it right in the title.

for the first time I washed my dishes in the dishwasher, A circle in the center of the dishes appeared. that is the plates. I washed them on the china& glassware cycle, with no drying cycle. What can I do???